Report: 34.5% Americans Will Put Their Tax Refunds Towards Debt, Not Savings or Retirement

Tens of millions of people will be getting a tax refund this year. We asked individuals what they plan on doing with this windfall. 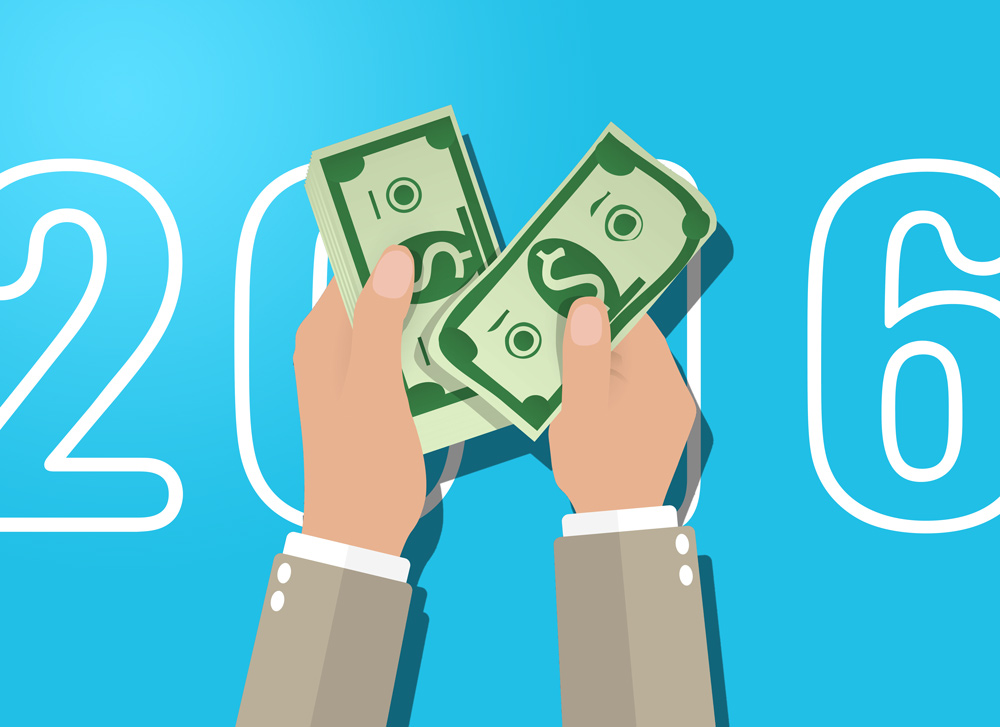 Tens of millions of people will be getting a tax refund this year. In 2015, the IRS issued about 40 million refunds, with the average refund $3,120. In our recent MyBankTracker survey, we asked individuals what they plan on doing with this windfall. Their answers, somewhat surprising, reveal Americans' current financial priorities.

Americans Say They'll Pay Down Debt, Rather Than Spend or Save the Refund

Getting a tax refund is like getting a suitcase full of money dropped at your doorstep or winning a $3,000 lottery. So it's tempting to see this loot as something to use for splurges or treats. 7.7% of our respondents (1,014 total) did say they planned on blowing their refund on something frivolous, and 5.0% said they'd use the money to go on a luxury vacation.

However, by far, the number one thing people said they would do with their tax refund was pay down debt. For 34.5% of the respondents--1 out of 3 people--debt is their biggest financial priority today, more so than saving for retirement or building an emergency fund. 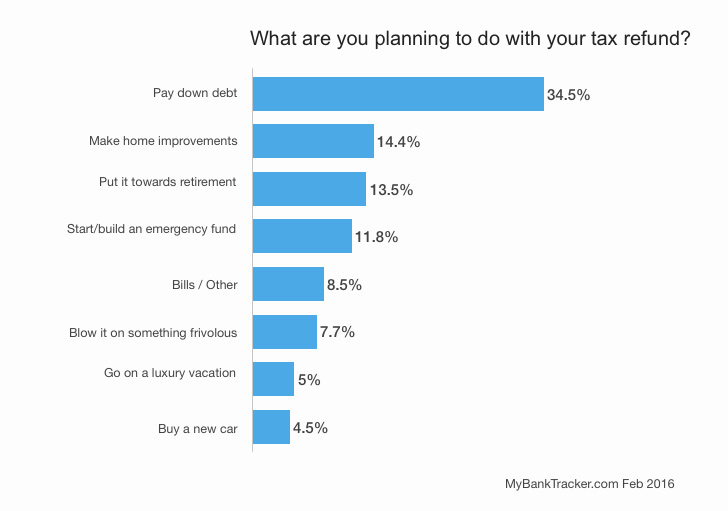 This emphasis on paying down debt likely stems from two reasons:

While debt repayment is the number one priority for the majority of respondents, however, we found some other interesting data when we delved into their demographics, such as age and gender.

I was surprised, given the uncertainty of the economy, that most people focused on paying down debt rather than building an emergency fund, although our survey's findings are in line with American savings statistics:

Debt repayment seems to be a higher priority for most people because those interest payments can hurt and snowball. However, in our survey, making home improvements and putting the refund towards retirement are higher priorities than the emergency fund, so it's more likely that most people underestimate the need for an emergency fund.

Perhaps most surprising is that those who most said they'd use the refund to build or start an emergency fund are those in the $100,000 to $149,999 income bracket. 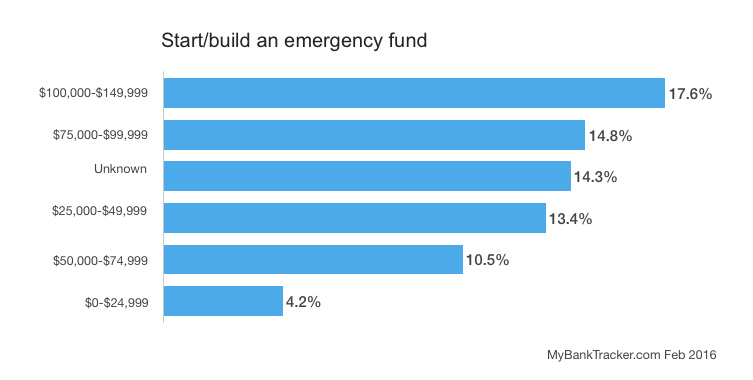 We can't know for sure why this is, but higher income households tend to have higher expenses. Bigger mortgages and car payments likely make these individuals more sensitive to the hazards of not having an emergency fund.

Everyone needs a financial cushion, however, so even if you have high interest credit card debt, consider using at least part of your tax windfall for an emergency fund, if you don't have one already. As financial expert Dave Ramsey recommends, save $1,000 as your first step--before you start attacking debt. It'll give you a little more financial peace of mind, and you could use the rest ($2,120 if you get the average refund) towards repaying debt.

Home Improvement Is the Second Highest Priority for Most, Especially Parents and Those in the Midwest and Northeast

Home improvements are the second priority overall for all respondents, but particularly those who are parents and/or in the Midwest or Northeast.

A few reasons behind this:

College-Age Adults Most Likely to Splurge with Their Refunds

Of those who said they'd spend their refund on something non-important, the 18-24-year-olds were at the top. It isn't hard to see why: College-age kids tend to have fewer big expenses, such as a mortgage or childcare, and student loan repayments might not be at the top of their minds now. For some, these might be the first time they even file taxes, so getting a refund might seem like more of a gift from the government--rather than the truth, money they were owed from the government throughout the last year. 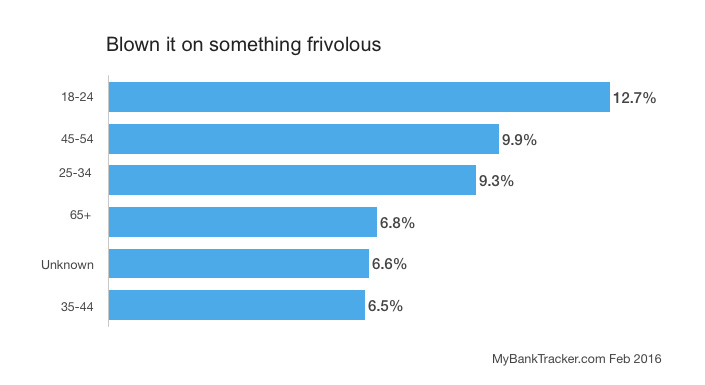 They were also the age group with the most fill-in-the-blank responses. Many said they don't get taxes back, but others said they'd pay bills with their refund, buy a new phone, or donate to charity. Again, these are reflections of this youngest generation of adults not having larger financial priorities.

People Focus More on Retirement from Ages 45 and Up

For those ages 65 and up, debt repayment is second in priority to saving for retirement, perhaps for obvious reasons. Many in this age group are either already retired or thinking about it, and a tax refund would best go towards living expenses when you don't have a paycheck.

Those ages 45 to 54 and 55 to 64 were also above average in saying they'd save their refund for their retirement. The older you get, the more critical your retirement savings will seem to you--even though to retire comfortably you should have started saving at a young age.

Retirement for millennials means something different than it does for older workers. This age group is more likely to save for travel than they are for retirement.

Still, most people plan to use their tax refund wisely: paying down debt, investing in their homes, saving for retirement, and building an emergency fund. Even if we tend to splurge at least some of that "extra" money in the bank, these are good financial goals to shoot for all year round.

This nationwide, online survey was conducted by Google Consumer Surveys for MyBankTracker on February 22, 2016. A total of 1,014 people responded to the questions in our survey. All respondents were ages 18+.

About the author Melanie Pinola
Melanie writes for MyBankTracker on taxes, retirement and financial literacy.
Add a comment