Report: Nearly Half of Millennials Aren’t Saving a Dime for Retirement

Millennials are under an enormous amount of financial pressure, particularly where saving for retirement is concerned. We decided run a survey to better understand the situation. 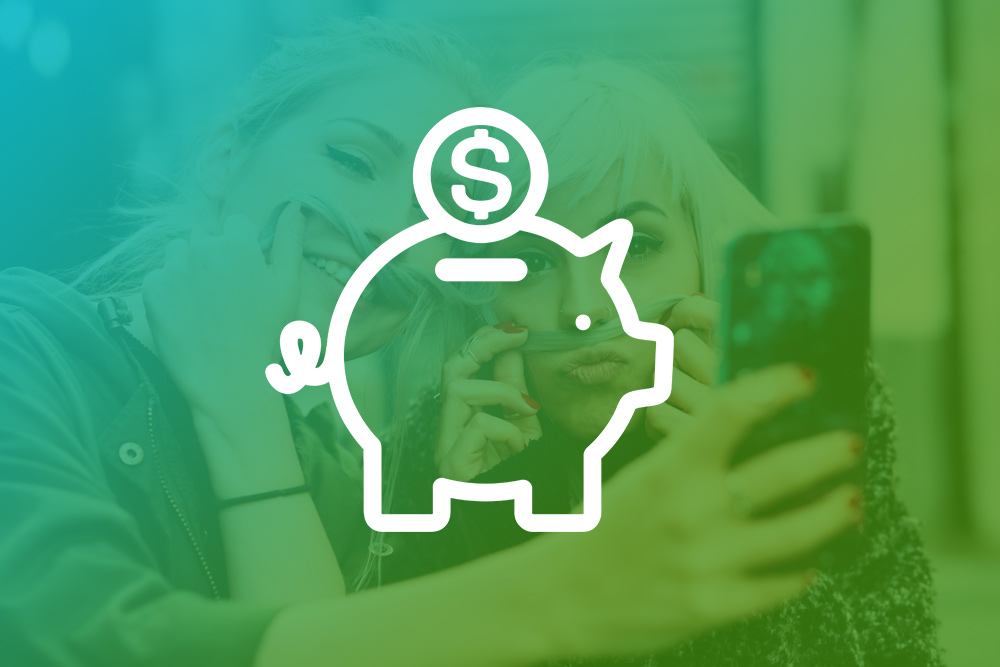 Millennials are under an enormous amount of financial pressure, particularly where saving for retirement is concerned. MyBankTracker recently conducted a survey of young adults aged 18 to 34 to gauge how much they’re stashing away for their golden years. The results revealed that an alarming number of millennials aren’t saving anything at all for retirement, which may have serious implications for their financial future.

Using the survey data, MyBankTracker was able to spot some interesting trends in terms of which millennials are skipping out on retirement savings, which ones are making the effort and how much they’re actively saving. The most important survey findings are highlighted below:

So what’s keeping millennials from saving for retirement? We decided to take a look at what the biggest financial and mental obstacles are.

It’s no secret that student loan debt is a problem in the U.S. Between 2004 and 2014, the average debt load per student at graduation increased by 56%, from $18,550 to $28,950. Over that same period, the 30-day delinquency rate increased from 11% to 17%, which suggests that grads are finding it increasingly difficult to stay on top of their student loan payments.

When you consider that between 2007 and 2014, wages for most occupations either stagnated or declined slightly, it’s no wonder that someone who’s in their early 20s and just trying to start their career isn’t thinking ahead to retirement yet. Between balancing high student loan debt with a smaller paycheck, there’s an inevitable cash crunch that makes finding anything extra to save seem impossible.

Even among grads who are banking a six-figure salary each year, saving for retirement isn’t a cakewalk as the survey findings demonstrate. When MyBankTracker isolated the income data, millennials who made between $100K-$149K a year were more likely than any other income group to be completely unprepared for retirement.

The reason? Earning that kind of salary typically requires having an advanced degree, which means adding on more student loan debt. An MBA, for example, can cost anywhere from $50,000 to $100,000 while someone who’s earning a medical degree may be looking at a final price tag that’s closer to $200,000.

Coming up with that kind of money out of pocket isn’t realistic for most people, which means younger professionals are forced to borrow in order to follow their desired career track. Someone who owes $150,000 in student loans with a 6% interest rate would be looking at a monthly payment of over $1,600, assuming they opted for a 10-year repayment plan.

That adds up to around $20,000 a year. A single millennial who’s making $100,000 would be paying around $25,000 annually in taxes. Once you subtract that and student loan payments, they’d have around $55,000 to live on. According to the Bureau of Labor Statistics, the average consumer spent $53,495 to maintain their lifestyle in 2014, which includes things like housing, food and transportation. When you look it at from that angle, it becomes more apparent why young people are running into a wall with their retirement.

Emotional spending is another barrier

While income and debt have an impact on why certain millennials aren’t saving, those aren’t the only things holding them back. Spending is also an issue.

Millennials have been dubbed the FOMO/YOLO generation, largely because of the way they approach spending. The millennial mindset centers on experiences versus things and it’s the fear of missing out that motivates them to spend their extra cash instead of planning for the future.

Again, it all has to do with the way millennials feel about their finances. Compared to previous generations, there’s more of an emphasis on living in the moment. Social media also shapes millennial spending because it breeds comparisons. A 20-something whose Twitter or Instagram feeds are full of images of their friends traveling, shopping or having amazing experiences may feel pressured to do the same, at the cost of their retirement.

How millennials can get their retirement on track

Saving for retirement in your 20s isn’t an impossible task but millennials need a strategy to make it happen. Whether you’re still in college, or you’ve been in the workforce for a few years already, following these action steps can put you on the path towards a comfortable retirement.

Even if you have to start small, you’re better off saving something rather than nothing. A $100 a month investment in an IRA starting at age 25 can add up to more than $256,000 over the course of 40 years, which is a great incentive to put your retirement front and center sooner instead of later.

This nationwide survey was conducted by Google Consumer Surveys on behalf of MyBankTracker. Survey results are based on 1,000 responses, and all participants were between the ages of 18 and 34.