How to Fly to London for Free Using Miles and Points

Find out how you can fly to London for free using miles and points earned with credit cards -- including points transfers and welcome bonuses. 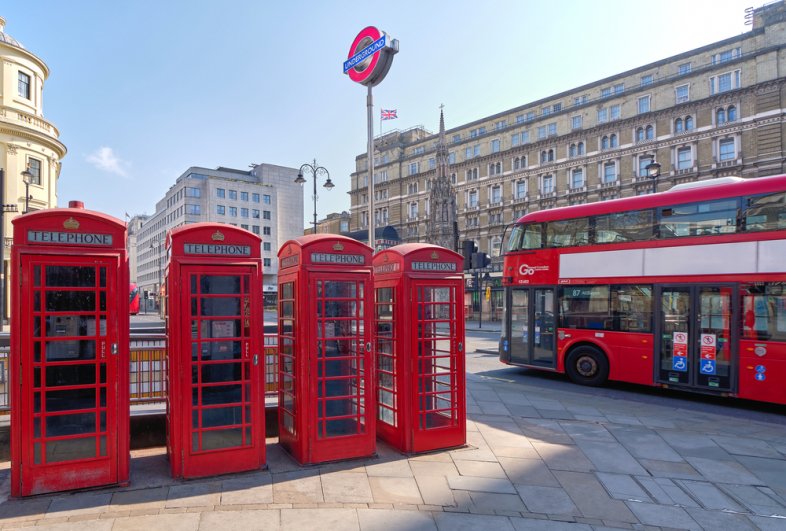 The capital of Great Britain is one of the biggest tourist destinations in the world. London is definitely on the bucket list of most Americans.

Flights to Europe, especially from the East Coast of the United States are well within the reach of most individuals and families.

In this article, we are going to look a little bit at the different options to get to London and other parts of the UK, as well as how to fly to London for free using miles and points.

One attractive option to use miles and points to fly to London for many U.S.-based travelers is using American Airlines AAdvantage miles.

And, of course, American’s extensive domestic route map means that you are only one connection away from London from virtually every airport in the US.

American Airlines is also a member of the oneworld airline alliance.

You can use American’s AAdvantage miles to fly on British Airways flights.

Off-peak dates for travel to Europe are from January 10 - March 14 and from November 1 - December 14.

While the cost in miles is the same no matter which airline you actually fly, the amount of taxes, fees and other charges can vary.

Here are a few tips to keep in mind to help you cut your out-of-pocket cost:

So your absolute cheapest cost would be an off-peak one-way flight from the U.S. to London, which would cost 22,500 AAdvantage miles plus $5.60 in taxes.

If you have the flexibility, consider making your way to another European country before departing back to the US, which will help you save on the UK’s APD tax.

Another possibility is to fly to London for free using miles and points is to use United’s MileagePlus miles.

United flies directly to London from:

You also have the ability to fly with a connection from anywhere else that United serves, as well as using a Star Alliance partner such as Lufthansa, SAS or LOT Polish Airlines.

If you are flying business class on a Star Alliance partner, United charges 70,000 MileagePlus miles.

United is a 1:1 partner of Chase Ultimate Rewards. So if you need to top off your United MileagePlus balance, you can transfer them from Chase to get you enough miles for your ticket.

Delta Airlines is a member of the SkyTeam airline alliance, which gives savvy travelers another option to fly to London using miles and points.

Besides SkyTeam partners such as Air France / KLM, Delta has a non-alliance partnership with Virgin Atlantic.

Delta no longer has a fixed award chart, so the cost in SkyMiles will be completely dependent on the dates, routes, availability and any other factors that Delta considers.

While Delta does offer regular SkyMiles deals, a good rule of thumb is that it might cost you anywhere from 30,000 to 60,000 SkyMiles for a one-way ticket to London.

Delta is a 1:1 transfer partner of American Express Membership Rewards.

So if you find that you’re a little short on the number of SkyMiles you need to fly to London, you can increase your balance by transferring points over from Amex.

While flying in business class to London can be a good use of your miles and points, if you’re looking to fly in economy class from the U.S. to London, there may be a cheaper option by exploring cash fare sales.

Depending on where you’re flying from and how flexible you can be with your dates, it is fairly common for roundtrip tickets to London for under $400 or even less.

Here’s an example for a random round trip ticket from New York / Newark to London:

If you live in a city with a major airport (especially on the East Coast) and/or can be flexible with your dates, you’re more likely to find cheaper fares.

However, it is not impossible to find attractive airfares even during popular times of the year or from smaller airports.

Just because you’ve found a cash fare doesn’t mean that you have to spend your hard-earned cash!

There are options to use “fixed value” miles and points instead.

Book through a travel portal

If you have the Chase Sapphire Reserve card, then you can use your Ultimate Rewards at a value of 1.5 cents per mile. So the $336 ticket from above would cost you 22,400 Ultimate Rewards points for a round-trip ticket.

Compare that with transferring your Chase Ultimate Rewards points to United.

There, it would cost 30,000 Ultimate Rewards (transferred to United MileagePlus) for a ONE WAY ticket. Using your Ultimate Rewards in this way is over 60% cheaper to fly to London using miles and points.

Other types of fixed value miles and points would be points earned by cards through Capital One or Citi credit cards.

Get a points rebate when booking tickets

With the Business Platinum card, for economy flights on your chosen airline you would then get a 35% rebate of your points.

For economy flights to London, if you have a bit of flexibility on your dates or routes, you will almost always find it cheaper to book cash tickets in this manner than booking award tickets.

Other Options to Fly to London Using Miles and Points

There are a few other options to fly to London for free using miles and points.

Alaska Airlines does not fly directly to London itself, but partners with airlines such as American Airlines, British Airways and IcelandAir. One way award tickets cost as few as 22,500 Alaska MileagePlan miles.

The Air France / KLM / Flying Blue program offers monthly promo awards, where you can book flights for 25% or 50% off regular price. Economy tickets can cost as low as 12,000 Flying Blue miles one way.

Flying Blue does not fly directly to London but you would need to connect in either Paris or Amsterdam. Flying Blue is a transfer partner of Chase, American Express, Citi, Capital One and Marriott Bonvoy.

Virgin Atlantic is a partner of Delta and you can often book the same flights for fewer miles by booking with Virgin Atlantic Flying Club miles instead of Delta SkyMiles. 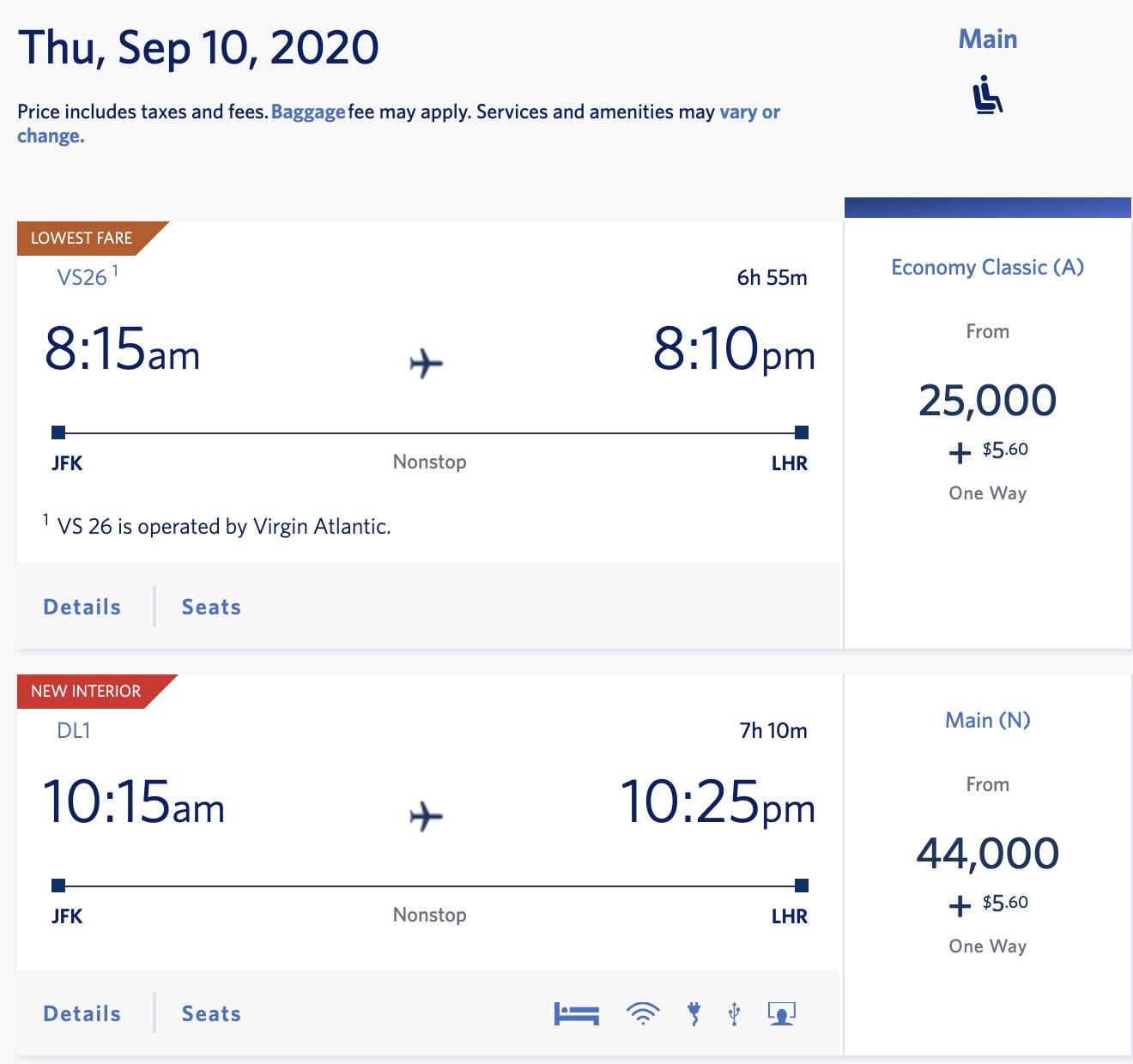 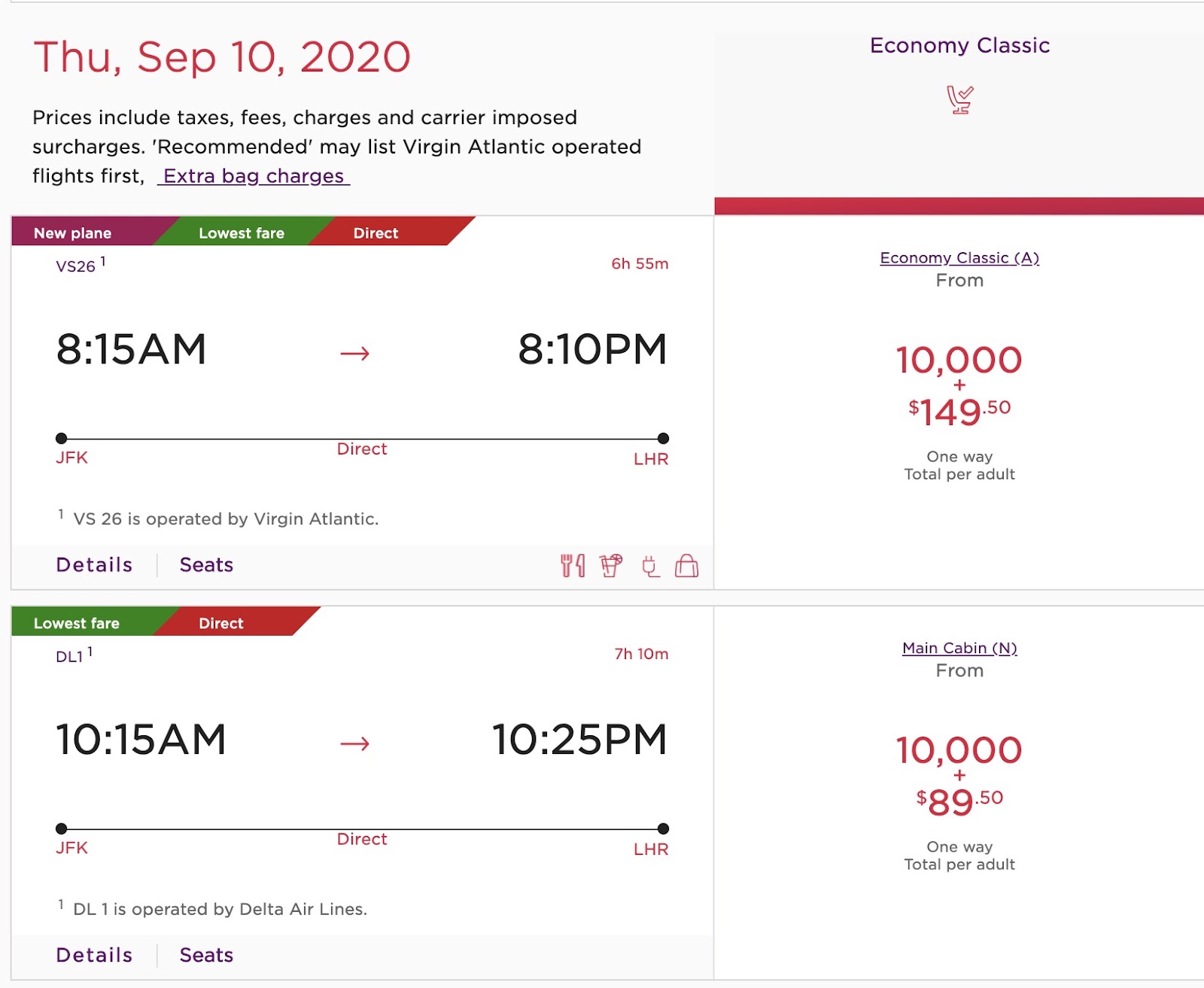 Signup bonuses and spending on credit cards can often be one of the fastest ways to rack up lots of miles and points.

Here are a few options for cards that can directly give you airline miles:

The  is a premium-tier branded credit card that usually offers a generous welcome bonus.

The  has a rewards program that allows you to earn plenty of miles on everyday purchases.

Also, here are some options for cards that give you bank or credit card points.

You can use these points either as fixed value points on a cash ticket or to transfer to airline partners.

The  card comes with a $300 annual travel credit (works on airfare) and bonus points on various purchase categories, including qualifying travel and dining spending.

The points are worth 1.5x when redeemed for travel booked through Chase Ultimate rewards.

The  tends to have a big welcome offer to get you started on award travel.

Hopefully, these tips will get you the knowledge you need to make your next trip to London a reality!