Smart Investments for Millennials to Make This Year 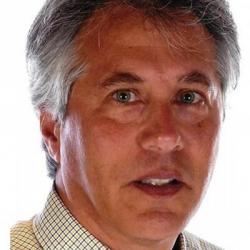 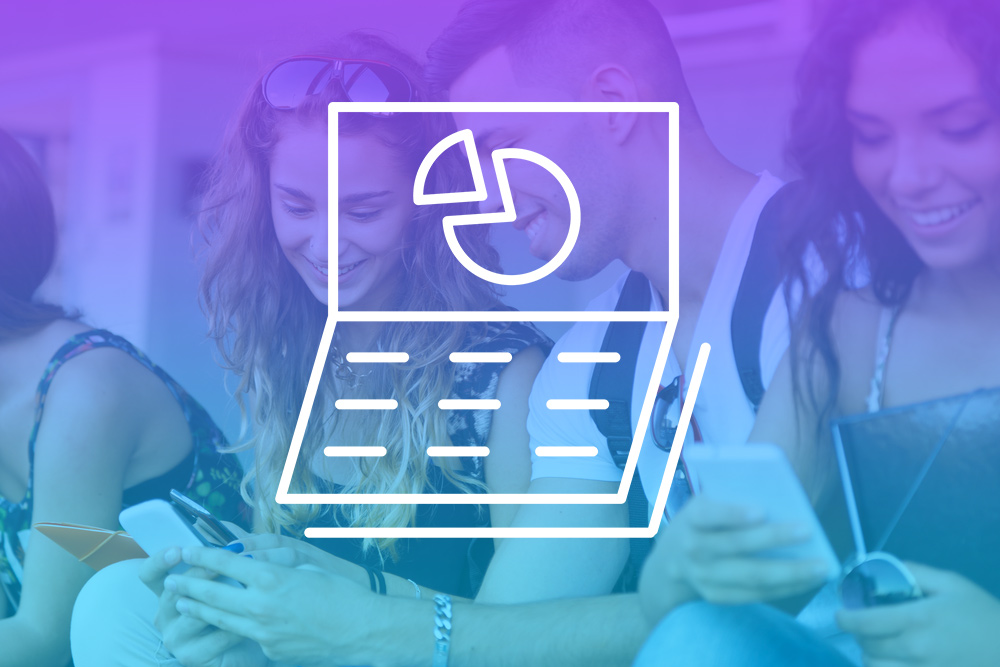 Millennials are the largest generation represented in the U.S. workforce today, including some who will be entering the peak years of their earning potential. But unlike other generations, Millennials are facing some large challenges that will shape their financial futures well into retirement.

This generation is important to the economy because millennials now number 83.1 million and represent more than one-quarter of the nation’s population, according to the U.S. Census Bureau. This generation also outnumbers baby boomers that number 75.4 million.

But unlike baby boomers, millennials are facing problems that previous generations have not encountered: large debts, mainly due to student loans, and being poorly prepared to make intelligent financial decisions.  While these are serious problems with no easy answers, millennials (people born between 1982 and 2000) can gain some control over these investing-related problems that will make them more manageable.

Here’s how to do it:

Getting Savvy About Investments

In fact, millennials are 1.4 times more likely than Gen Xers and baby boomers to say their lack of knowledge is preventing them from investing, the same study found.

"Millennials’ young age could be an advantage in investing, but they are actually 1.6 times more likely than Gen Xers/Boomers to have no investments whatsoever—and what’s interesting is why. While distrust in financial institutions and the economy are typically blamed, only 12% of Millennials say distrust of the financial system is their primary barrier,” the study said.

Distrusting the current financial system is understandable given the 2008 recession and its aftermath. According to the Roosevelt Institute, US households lost about $8 trillion of wealth in the stock market, in addition to the $6 trillion loss in home market values. “The total wealth loss of $14 trillion by US households in 2009 was equal to the entire 2008 US GDP,” according to the Roosevelt Institute.

Yet while this loss is devastating, investors can recover their losses if they invest smartly and break with the past. This is because there are more sources of independent financial information, much of it free, accompanied by more discount investment firms than ever before.

But there are also a few important facts to know:

The key to making more profitable long-term financial decisions is not to pursue the old-school fallacy of trying to pick the “best” stock or sector, but to take advantage of low-cost index funds and exchange-traded funds (ETFs).  This is because of a simple reason: a mutual fund’s expenses and costs are the only things an investor can control.

Market volatility, interest rates, political turmoil, company-specific and industry-wide risks are totally unpredictable.  Worse, trying to anticipate risks and profit from them is not for amateur investors, especially millennials who don’t know how the market works and have large personal debt.

The other key is to work with independent, fee-only financial advisors known as Registered Investment Advisors (RIAs). These are professionals who work without receiving a commission from a fund company or brokerage firm and should be better able to make investment selections based on your particular needs, not one driven by commissions or other under-the-table payments.

The Case for Low-Expense Investments

Numerous academic studies going back decades have failed to prove the cost-performance-risk benefits of active management, much to the delight of John Bogle, who helped develop and promote the indexing strategy for Vanguard.

For instance, data from Bank of America Merrill Lynch that found that only 23% of large-cap managers beat the Standard & Poor's 500 and 27% beat the Russell 1000, as cited in its Investment Advisor report.  This comes after another report based on UK managers found that over two-thirds of UK equity managers underperformed the FTSE All-Share index over the past three and five years, according to Morningstar.

Another problem is that up to one-third of active fund managers who charge shareholders for active management have been found to be “closet indexers.” This means they are investing in stocks or ETFs to mimic and index and then seeking to add outperformance by carefully choosing stocks. Worse, they are charging a more expensive active management fee when their funds are not fully actively managed.  This practice is called enhanced indexing (as distinct from active management) and should not cost investors the same as actively–managed funds.

So what makes passive investing attractive?

Basically, it is due to the structure and goal of indexing.  In practice, this means that passive investing, as opposed to actively choosing stocks or an index ETF (exchange traded fund) that will outperform and increase in value over time, creates a portfolio of stocks designed to deliver the performance of a specific index.  This portfolio is built because, on average, all funds together can only deliver the return of the market. This includes stocks that gain and lose, thus mirroring the performance of the entire index.

Another reason why index funds outperform is due to their cost structure. This can be found by comparing the gross returns of active versus passive funds.  Actively-managed fund returns suffer from the costs of higher management fees needed to cover research costs, higher trading costs as the managers re-direct their portfolios in the hopes of beating the market, and high sales costs.  Over time, these costs add to the total expense ratios of actively-managed funds and make it more difficult to beat an index.

In contrast, passive (index) funds eliminate or better manage many of those costs, so a passive fund can start from 0.15% upwards while some index ETFs can be even cheaper.

When a fund employs a national sales force comprised of mutual fund wholesalers, their internal support staffs, key account and project managers, and other financial rep customer contacts, it is all paid for by the fund distributor.  This adds to the fund’s total costs, which are then ultimately paid for by shareholders. “In fact, low costs have been proven to be a more reliable indicator of performance that past returns,” according to Paula Niall.

The Benefits of ETFs

Like index funds, ETFs are baskets of securities that track a specific index, industry sector, country, asset class or key investment variables, such as high-dividend paying stocks. ETFs contain pooled investments with shares that can be bought and sold throughout the day on a stock exchange at a market-determined price.  There are some 1,400 ETFs listed today and they can be combined to create low-cost, diversified portfolios that can have less risk than a more concentrated portfolio.

In many cases, ETFs are cheaper than mutual funds and because of the importance of expenses, these savings can go right to your bottom line. Here is an example:

Let’s assume you invest $100,000 over the course of 30 years and generate a 6% return annually. If you invested in a mutual fund that charges 1.5%, or an ETF that costs only 0.35%, what instrument would deliver the better return?

After 30 years, the combination of compounding returns combined with low-cost investing found the ETF investment delivered a portfolio totaling $520,098 while the mutual fund investment produced $374,532. This $145,566 difference was due to the lower expenses in the ETF portfolio and it went right to the investor’s bottom line.

Over the past decade, the financial industry has been forced to acknowledge the conflict-of-interests that exist between commissioned financial professionals and their clients.  In many cases, commissioned advisors recommended investments that were driven by personal gain versus what was best for the investor. This led to the emergence of RIAs who are fiduciaries regulated under the Investment Advisers Act of 1940. As fiduciaries, RIAs are held by law to the highest standard of responsibility to their clients, rather than making recommendations that will drive larger commissions for investment professionals.

Millennials who are not financially sophisticated should work with RIAs for a number of reasons: you will get personalized attention; your fee structure will be easily understandable; and your money that is held by an independent financial institution, rather than a brokerage firm;

In addition to learning how to best generate investment returns, 43% of millennials have another financial priority: paying down debt, according to a study, “Millenials + Facebook: An Unfiltered Journey.”

The largest source of debt for millennials is student loans. As of 2013, student debt totaled $1 trillion and two-thirds of college graduates were indebted for their education. According to The Institute for College Access and Success (TICAS) Project on Student Debt, the average borrower owed $26,600. Worse, over time, these loan burdens grow heavier.

According to a calculation by Forbes, assuming a 3.8% interest rate on an average $26,600 college loan and compounding for annual interest using the standard 10-year-payback plan, the total cost of a $26,600 loan grows to about $38,600.  This translates into monthly payments of about $320 per month over 10 years.

This explains why student debt second only to mortgages as the largest source of American indebtedness. The problem is that most millennials cannot pay both a mortgage and student loans. This accounts why many millennials are renters and may not be able to buy a home for years to come.

According to the Wall Street Journal, student debt varies by states. The most debt is carried by students in Washington DC, where there are about 140,000 student borrowers who owe an average of $40,885, according to new data released by the U.S. Department of Education. Georgia is second on the list with 1.45 million residents owing an average $30,443. North Dakota ranks last among the states, with 114,000 borrowers owing an average $22,379.

However, students with federal loans may be able to deduct a portion of the interest paid to service these loans from their tax returns, according to the U.S. Department of Education.

While these large student loan burdens have become a national political issue, the reality is that paying down debt requires disciplined money management.  The reason: carrying this burden will eat away at your disposable income and prevent you from saving for large future goals, such as retirement and buying a house. It can also hurt your credit rating.

So while millennials have some unique problems compared to earlier generations, they do have access to better ways and newer financial instruments to manage their finances.

The key is to focus on investment expenses, hold broadly diversified stock and bond portfolios to manage risk, participate in 401(k) plans at work, make regular investments, work with an independent advisor, and avoid keeping your money in cash. While it is understandable to question the working of the financial system, especially after the 2008 recession, the system can work for you over time.