How To Earn More With The Alaska Airlines Credit Card: Review 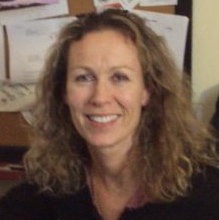 Alaska Airlines is the state’s largest airlines services and the seventh-largest US airline carrying more passengers to and from Alaska than any other company. It is headquartered in Seattle, its main hub. Other hubs are:

Alaska Air also serves some Eastern and Southern states such as Nashville, Charlotte, and Raleigh/Durham and the company started flights to Costa Rica in October 2015. Alaska Airlines is part of Alaska Air Group, which operates over 920 flights daily in the US, Mexico, and Canada. The brand is described as the “Alaska Spirit,” represented by an image of an Eskimo on the aircraft tail. The company is considered a low-fare carrier and has approximately 11,500 employees.

Where to Find Latest Deals

Alaska Airline’s flight deals are updated regularly on the company website. The fares for Alaska Airlines last-minute deals and discount flights are typically nonrefundable. Prices may vary, and not all dates will be available at the low price. Note that a ticket bought at an Alaska Airlines airport or through a call center will cost an additional $15 than the advertised fare.

All individuals are eligible to join the Alaskan Airlines Mileage Plan and must personally enroll in the program. No group or family memberships are available, and travel agents or other service providers cannot create accounts for others. Club 49 is a free option with Mileage Plan that offers privileges and benefits to residents of Alaska only.

Miles are earned by flying on Alaska Airlines flights, using an eligible credit card, using the services of a partner with the Mileage Plan such as buying, gifting, or transferring miles with a participating partner, or by being awarded promotional bonus miles from the airline or one of its partners.

Some tickets are not eligible to accrue miles, for example, unused tickets or cut-rate tickets.

Mileage Plan members can purchase or transfer miles to another member's account. Transferred miles are non-refundable and are not reversible.

Miles can be used to buy one-way, round-trip, or an open ticket. A one-way award for international travel can include one en-route stopover. Round-trip itineraries with two stopovers, or one-way awards with one stopover, cannot be booked online but through an Alaska Airlines call center, and fees may be charged.

Some of the privileges that come with elite status include bonus miles when traveling with global partners such as American Airlines, British Airways, Delta, Hainan Airlines, and Icelandair.

Cardmembers earn 3 miles per dollar spent on Alaska Airlines tickets, vacation or in-flight purchases with no limits and all other purchases earn 1 mile per dollar. A cost-savings perk is the free checked bag for the cardholder and up to six other passengers. The card also provides a companion fare each year. There is an annual fee of $75 for the Visa Signature Card. Limited-time sign-up bonuses may award large amounts of miles upon spending a certain amount within the early months of card ownership.

Card applicants with less than stellar credit scores may still qualify for Alaska Airlines Platinum Plus. The card has a $50 annual fee. This version of the card doesn’t have as attractive of sign-up bonuses or Visa Signature benefits.

Alaska Airlines permits one carry-on bag and one personal item, for example, a purse or a laptop. Your carry-on bag should not exceed 24 inches in length, 17 inches in height, and 10 inches in width. Each additional bag will be subject to a $25 fee. If you have a third bag, the fee is $75 for the third bag. Some flights may be subject to another airline’s baggage policy.

Like most airlines, Alaska Airlines offers several ways for passengers to avoid the cost of checking their bags.

Alaska Airlines Visa Signature customers and those traveling with them will have the fee waived for the first bag.

Customers traveling first class will have the fee waived for the first two bags if they were upgraded before the baggage is checked in.

For those travelling within the state of Alaska, the airline will waive the baggage fees for the first three bags.

Active U.S. military personnel and their dependents are allowed up to the first 5 checked bags for free.

Compared to the other major U.S. airlines, the cost of the first checked bag at Alaska Airlines is relatively in line with the competition. However, the cost to check another bag is noticeably cheaper with Alaska.

Alaska Airline’s lounges are called Board Rooms, and they are located at airports in Anchorage, Alaska; Seattle, Washington; Portland, Washington, and Los Angeles, California. Board Room membership also provides access to around 50 affiliated lounges worldwide.

A one-day pass can be purchased for non-members for $45 in Anchorage, Alaska; Seattle, Portland, and Los Angeles, California. Members can be accompanied by family members or up to two guests at no extra charge. The table below shows how the cost of membership to Alaska Airlines’ Board Room compares with other airline lounge memberships.

Save $50 on the initiation fee and $55 on annual membership to Alaska Airlines Board Room by using your Alaska Airlines Visa Signature card from Bank of America. The second membership for a spouse is $250 without a second initiation fee. Board Room members can buy a day pass for companions, or guests and family members not traveling with the member at a cut rate of $20 per person instead of the $45 per person for non-members.

If you buy miles at the same time as you purchase a ticket, you can save over 35% with “Fly & Buy Miles”. Mileage Plan miles can be earned by flying with one of the 16 airline partners, so book flights with partner airlines. Also, check non-airline partners such as car rental companies, hotels, and financial institutions with whom you can also earn miles.

The airline offers weekly deals for Club 49 members. Alaska Airlines’ Club 49 deals are displayed on the airline’s website and are updated every Tuesday. The deals are available for a limited time each week.

The Wall Street Journal rated Alaska Airlines the best among nine of the biggest US airlines in 2015. The airline showed superior performance in on-time arrivals, had fewer delays and received fewer customer complaints. Frontier beat out Alaska Airlines in canceled flights, Virgin America had a better record for mishandled baggage, and JetBlue was better in terms of involuntary bumping.

About the author Caroline Banton
Caroline Banton has worked in global development and finance. She covers credit cards and personal credit management. She has contributed to Investopedia, PYMNTS.com, The Seattle Times, Huffington Post, CBS News, and other major outlets.
Add a comment