P2P Lending: The Next Housing Bubble?

Peer-to-peer (p2p) lending has become a way for private investors to crowdfund personal loans, new ideas, and upstarts in the economy. Several p2p lending companies have come into play over the last several years, including LendingClub and Prosper, and have been featured widely in high-profile news outlets. However, Doug Dachille of PBS Newshour recently likened the new style of loan-making to the next financial bubble, which he said “shares many of the hallmark signs of the bubbles that undermined the financial system in 2008.” 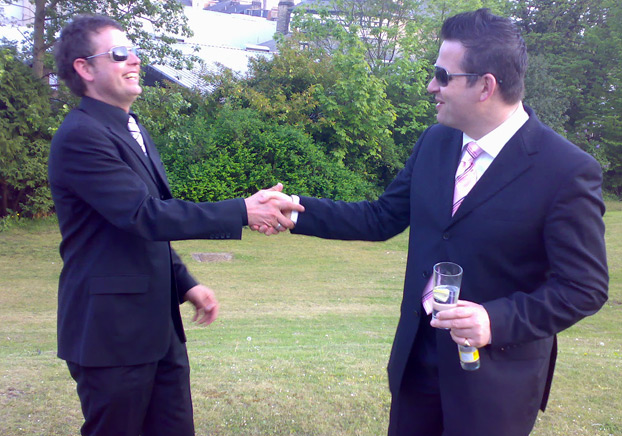 Dachille stated that “the root causes (of the collapse of financial bubbles) are the same: poor credit underwriting standards, the excessive use of leverage, classic agency problems (lack of economic skin in the game) and the power of group thinking pushing the belief that this time, things will be different and financial alchemy has somehow produced real instead of fool’s gold.” So is Dachille on to something?

The financial crisis which hit in 2008 was the culmination of a conglomerate of problems. On the housing side, too many people took out loans on homes they couldn’t afford, often roped in by questionable lending practices. Then the housing bubble collapsed, and unrealistic expectations for the ability of home values to keep rising had exploded, and millions of homeowners were left underwater on their mortgages, and many going into default.

The failings of Fannie Mae and Freddie Mac became overwhelming, homes went into foreclosure, and hundreds of banks were bailed out at the expense of taxpayers. If that wasn’t bad enough, major U.S. automobile companies failed and were bailed out, job growth slumped, and unemployment soared. It was a pretty year in finance.

So how is p2p lending similar to the causes of the latest economic collapse? Let’s start by taking a look at how it works. The idea behind p2p lending is simple, and is summed up neatly by p2p company, Prosper, on their website: “Borrowers choose a loan amount, purpose and post a loan listing. Investors view loan listings and invest in listings that meet their criteria. Once the process is complete, borrowers make fixed monthly payments and investors receive a portion of those payments directly.”

Sounds great, but the devil is always in the details. LendingClub, according to its April 2013 prospectus, states a borrower must have a minimum FICO score of 660, which is the bottom range for what is considered a “good” credit rating. Anything lower is considered “fair” down to 620, and below that qualifies as a “poor” rating. “Good” credit ranges from 660 to 720, above which is considered “excellent” credit. Learn more about average credit scores needed for typical credit purchases.

So Dachille has a point about credit underwriting standards, because a rating of “good,” which borders on “fair” isn’t the safest credit bet. But Dachille notes that it gets worse, as his investigation reveals that only a limited number of borrowers may actually have their financial information verified. This is definitely not a sign of due diligence, and part of the reason so many borrowers in the housing bubble were given loans they couldn’t afford.

Propser appears to require a minimum credit score of 640, but a quick search of the web for user reviews reveals dozens of disgruntled borrowers who claim to have scores over 700, were accepted but turned down days later. Others claim they were offered a higher-interest loan from a partner lender, rather than the peer network. A few others cite good experiences.

Dachille doesn’t fully explain his other complaints about the lending systems, although it seems clear that the lending institution doesn’t have much skin in the game, when the money is funded privately, and the private lender bears most of the risk.

What is left to be seen is if Dachille’s prediction that group thinking that this time will be different will hold true. The financial crash of 2008 and the recession that followed were not the first of their kind. Among others was the dot-com bubble of the 1990s, another big rush by overeager investors to jump on the latest thing, and many of those investments imploded by promising too much.

While there clearly is a lot of p2p lending activity going on, it’s uncertain as to whether or not there is enough activity to constitute a significant bubble, and hopefully, the market will self-correct as it continues to grow. If the past is any indicator of the future, that’s probably wishful thinking.

For more information on the best mortgage rates, visit our mortgage page.

Simon Says: Why You Have 3 Different Credit Scores

Detroit: Just One of the Most Famous U.S. Bankruptcies