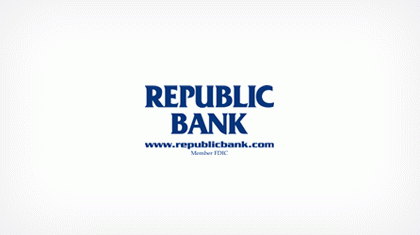 Republic Bank & Trust Company has 42 branches in their local area. This traditional brick and mortar bank is a growing regional bank that can provide for many more customers, and most likely has ATM locations.

Republic Bank & Trust Company was established January 1982. It holds assets of 6.16 billion US dollars. That makes it a regional bank that most likely covers their local population well. A point to consider when choosing a bank is it's health. This bank appears to be healthy. It has a texas ratio of 3%. Lower is better!

Looking for an alternative to Republic Bank & Trust Company?