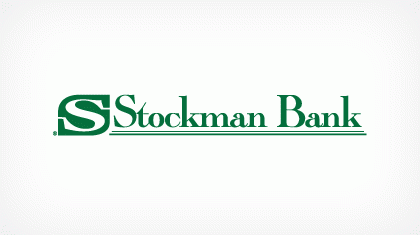 Stockman Bank of Montana Locations in Your Area

Stockman Bank of Montana has 39 branches in their local area. This traditional brick and mortar bank is a growing regional bank that can provide for many more customers, and most likely has ATM locations.

Stockman Bank of Montana was established December 1943. That's more than 50 years ago! It holds assets of 4.85 billion US dollars. That makes it a regional bank that most likely covers their local population well. A point to consider when choosing a bank is it's health. This bank appears to be healthy. It has a texas ratio of 4%. Lower is better!

Looking for an alternative to Stockman Bank of Montana?